(Sacramento, CA – February 12, 2019) Today the Prison Law Office, Disability Rights California, and Cooley LLP filed a motion in federal court to halt the unconstitutional use of solitary confinement for people with serious mental illness and the denial of adequate mental health care to people in the Sacramento County Jails.

A copy of the complaint and the motion are available at https://www.disabilityrightsca.org/cases/mays-v-county-of-sacramento. 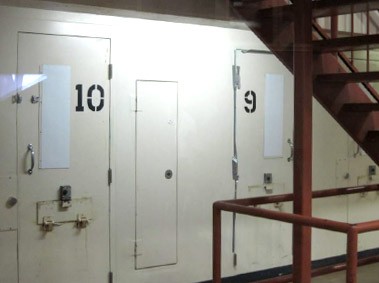 The motion is filed as part of a certified class action lawsuit that was filed in July 2018 on behalf of all people incarcerated in the Sacramento County Jails. The motion challenges the county of Sacramento’s practice of confining hundreds of people alone in small, locked cells for 23.5 hours or more per day under a designation called “Total Separation.” People in “Total Separation” spend weeks, months, and even years without social contact. More than 75% of them require mental health care. Some have such serious mental illness that they require psychiatric hospitalization.

Experts hired by Sacramento County have described the county’s solitary confinement practices as “dramatically out of step with emerging national standards and practices.” At least three people have died by suicide in “Total Separation” solitary confinement since the experts made this finding.

Goldyn Cooper has been housed on Total Separation (or “T-Sep”) status for roughly two and a half months. Describing his experience, he said, “I feel hopeless and am unable to cope with the extreme isolation in T-Sep. I do not have a cellmate and am confined to my cell for most of the day. Sometimes I am only offered time out of my cell late at night. I feel trapped, like an animal.”

The Plaintiffs’ motion also challenges the county’s failure to provide access to adequate mental health treatment. As the need for mental health care among the jail population has increased, the county has not allocated sufficient resources to meet those needs. As a result, people in psychiatric crisis are routinely placed on long waitlists to receive care, and are housed in tiny concrete cells where a grate in the floor serves as a toilet. Other people who are awaiting psychiatric hospitalization spend days semi-naked in “multipurpose rooms” that were never intended for human habitation.

“These serious problems are longstanding, and are the result of the dangerous overrepresentation of people with mental health needs who are incarcerated at the jail and the county’s failure to provide the resources to deliver clinically necessary treatment to them,” said Tifanei Ressl-Moyer, an attorney at Disability Rights California. “An adequate remedy will be neither simple nor cheap, but it is urgently needed.”

Added Cooley Partner Jessica Valenzuela Santamaria, “With this motion, we hope to vindicate the rights of a particularly vulnerable population that is at a heightened risk of decompensating in the county of Sacramento’s custody. Freedom from prolonged and oppressive solitary confinement and adequate access to mental health care are critical components of the jail’s ability to pass constitutional muster.”

Disability Rights California is a non-profit organization that protects the rights of people with disabilities. Visit disabilityrightsca.org.