Governor Newsom released his 2019-20 proposed budget on January 10, stating that this budget is intended as a new beginning and a reanimation of the California Dream. This budget provides investments in critical programs for people with disabilities and those in poverty that have not been able so far to fully benefit from the accumulated budget surpluses. The proposed budget assures ongoing full funding of In-Home Supportive Services; expands special education services; expands funding for addressing homelessness and mental health services; makes a commitment to more affordable and universal health care; and expands the Earned Income Tax Credit. The budget makes new bold investments and continues to responsibly protect the fiscal health of the state.

The following are some of the key items in the budget impacting persons with disabilities and the programs that provide their support.

The proposed budget includes a comprehensive package of investments in early childhood programs. The package includes:

The Governor emphasizes in his proposed budget long-term fiscal stability with increases in K-12, higher education, a one-time contribution to teacher pensions, and a $1.8 billion investment in early childhood education. Guaranteed funding under Proposition 98 provides a $2.8 billion increase in 2019-20 over 2018-19.

The Governor is proposing policy changes in three key areas to improve a special education system described as complex, fragmented, and costly. The three areas are: (1) Transitions between regional centers and local education agencies (LEAs) for three-year olds; (2) Coordination between general education and special education; and (3) Transparency in local planning.

The proposed budget includes $576 million from Proposition 98 GF ($186 million one-time) for expanded services and supports at LEAs targeting students with disabilities, students with low-incomes, students in foster care, and English language learners. These funds are intended to supplement services not already included in an individualized education program (IEP).

The governor proposes $1.4 billion ($942 million ongoing) for higher education, a 4.1% increase over 2018-19. Resources are intended for the University of California (UC), California State University (CSU) systems and for community colleges (CCC).

The Governor’s proposed budget includes a series of changes and investments to make health care more affordable and to make progress in achieving universal health care. Health is a key priority for the Governor in the 2019-20 budget.

The proposed budget increases subsidies through Covered California for individuals with incomes between 250% and 600% of the federal poverty level, funded through a state-based individual mandate. The budget also proposes to increase the state’s movement toward universal coverage by adding young adult immigrants (age 19 through age 25) to those who receive full-scope Medi-Cal regardless of immigration status. The anticipated cost is $260 million, ($196.5 million GF) for this full-scope Medi-Cal expansion. Approximately 138,000 young adults would receive coverage as part of the full-scope Medi-Cal expansion.

In 2016, voters approved a $2 per pack tobacco tax, with most of the revenue going to Medi-Cal for provider payments. $1.05 billion in Proposition 56 funding is projected for that purpose in the proposed budget, with a total of $3.2 billion supplemental payments and rate increases. Proposition 56 revenues are also expected to backfill other programs including the Breast Cancer Research Fund and Tobacco Prevention and Control.

As a large purchaser of prescription drugs, the state buys medications in fragmented ways for several different programs. To increase state leverage, the proposed budget will transfer to fee-for-service all pharmacy services currently provided as a managed care Medi-Cal benefit. In addition, the Governor will propose legislation to create a bulk purchasing program, to operate as a single-payer for public and private, reducing costs for all.

The Department of Developmental Services includes $7.8 billion ($4.8 billion GF) and estimates 350,000 individuals will receive developmental services by the end of 2019-20. The following are a few highlights:

With the closure of the developmental centers the department is strengthening its focus on community services. The proposed budget includes:

The Governor’s budget proposes a total of $309.5 million ($265.8 million GF) for the State Operated Residential and Community Facilities Program; a decrease of $84.9 million ($40.8 million GF) from the 2018-19 updated budget. The decrease reflects an adjustment in operations expenditures of $82.9 million ($37.0 million GF) comprised of $70.5 million in Personal Services and a $12.4 million in operations due to a reduction in resident population. The decrease includes the following net adjustments:

The IHSS proposal restores the 7% reduction in hours that had been funded by the managed care organization tax. The restoration is not contingent on a renewal of the tax, which expires July 1, 2019. The restoration, estimated at $342.3 million, will come from the state GF.

County Maintenance-of-Effort (MOE) reset the counties’ base for IHSS and included an annual inflation factor. For 2018-2019, the Governor proposes state GF dollars to reduce the county MOE obligation (applicable to services) to $1.6 billion. The Governor also proposes an ongoing $15.4 million GF increase for IHSS county administration, bringing the total for county administration to $326 million GF.

The budget proposes to end deep poverty for families in the CalWORKS program. The budget would add:

The budget does not include any increase in the State Supplemental Program for SSI recipients either for a restoration of a COLA in the budget year or a restoration of the reductions made in 2009. The budget does make permanent the “Hold Harmless” programs created in the current year budget when the SSI cashout was eliminated allowing SSI recipients to receive SNAP benefits. The budget also provides $25 million in ongoing funding for the Housing and Disability Advocacy Program (HDAP) which provides funding to counties to engage in advocacy to establish SSI eligibility for people with disabilities.

The budget proposes a new "Working Families Tax Credit" by more than doubling the size of the state's Earned Income Tax Credit to $1 billion. This tax break will support low-income families with young children by providing a $500 credit for families with children under the age of six. The credit will be expanded to reach full-time workers earning $15 per hour—reaching 400,000 additional families. This expanded "Working Families Tax Credit" is intended to be funded as part of a revenue neutral tax conformity package that will bring components of the state’s tax policies in line with the new federal law and remove administrative burdens for small businesses.

The proposed budget includes $18.6 million towards 119.3 positions for the second phase of the Metropolitan State Hospital’s secured treatment area expansion to provide a total of 236 additional secured forensic beds for the treatment of those incompetent to stand trial (IST) at the Metropolitan State Hospital. The Budget also includes $12.3 million General Fund to allow the department to contract for up to 74 additional jail-based competency restoration treatment beds through the county jail treatment programs. These efforts are intended to reduce the pending placement time for ISTs and the waitlist.

The proposed budget funds the Traumatic Brain Injury Program, which provides specialized services and supports through local entities to individuals who have a traumatic brain injury, with a $1.2 million augmentation. The Budget restores funding to historical levels and provides a dedicated and sustainable funding source through 2023-24.

Wildfires have caused unprecedented damage over the last four years, with the 2018 Camp Fire being the deadliest in state history. The budget proposes an additional $172.3 million for the Office of Emergency Services to improve preparedness and response. Funding includes $60 million in one-time funding to continue improvements to the 9-1-1 upgrade, including $10 million in the current year and $50 million in 2019-2020. The budget proposes property tax backfill funding, $31.3 million for cities, counties, and special districts, $50 million GF for comprehensive, statewide education, and a one-time $20 million augmentation for disaster assistance.

California Department of Corrections and Rehabilitation

The proposed budget estimates that the Proposition 47 savings will increase by $13.8 million over the 2013-14 amount totaling $78.5 million and will be allocated pursuant to the Prop. 47 formula.

The proposed budget also makes a long-needed reform in juvenile justice by reorganizing the Division of Juvenile Justice, moving it to a new department under the Health and Human Services Agency, to have a clearer focus on rehabilitation.

There is no General Fund increase in the proposed budget for the Equal Access Fund, which provides funding for legal aid programs, including Disability Rights California. 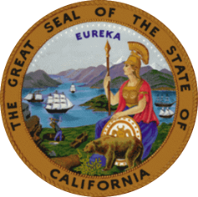