This year we recognized the following elections offices and individuals:

San Mateo County Registration & Elections Division for the efforts of multiple staff, including, but not limited to, Hillary O’Connor, Sara O’Brien, and Travis Dunn, to correct and remedy the erroneous removal of voting rights from people whose mental competence was questioned by the Superior Court merely due to their disabilities.

DRC became aware of this issue when a family member of one such would-be voter, who was being held in the county jail while court proceedings were ongoing, called the Voting Hotline on his behalf about a week and a half before Election Day for the November 2022 election. Through our investigation, we learned that San Mateo County elections officials had, on their own, detected what was described as an “administrative error” by the court; taken steps to obtain court orders restoring the voting rights of these individuals, including our client; and arranged for hand-delivery of ballots to some of the affected jail inmates.

Unfortunately, even more was required for our client and the two other inmates covered by the same court order, but county elections officials promptly addressed the additional issues once they were discovered. In the week leading up to Election Day, they worked with the California Secretary of State’s office to ensure these individuals’ voter registrations were reactivated, because they still had not been reactivated nine days after issuance of the court order (and a mere five days before Election Day). Moreover, in light of the shortness of time, the uncertainty whether the jail’s mail system would allow timely submission of his vote-by-mail ballot, and all of the unwarranted obstacles our client had faced in trying to exercise his right to vote, county elections officials agreed to pick up his ballot from the jail, and they confirmed it was safely in their ballot box on the afternoon of Election Day. Through this award, we recognize the San Mateo County Registration & Elections Division both for addressing a systemic issue that was disenfranchising eligible voters with disabilities and for collaborating with us to ensure our client was able to vote.

Orange County Registrar of Voters’ Office for the efforts of multiple staff, including Roxana Castro, Imelda Carrillo, and Justin Berardino, to ensure that a voter with disabilities was able to complete her voter registration and cast her vote in the November 2022 election. Their substantial efforts began in the late afternoon the day before Election Day, shortly after DRC became aware of the voter’s need for help, and continued through Election Day night.

After moving to Orange County, the voter had received help from a friend in updating her voter registration online. However, due to the nature of her disabilities, she did not become aware until the evening of the day before Election Day—thanks to help from DRC and the county elections office—that she had missed a step in the voter registration process, which she thought she had completed months earlier. Because her voter registration was not complete, she would not be able to cast her vote in the November 2022 election unless she was able to complete her voter registration and mark a provisional ballot on Election Day. The voter’s disabilities prevented her from leaving her home without assistance, which she lacked on such short notice. The voter also did not have the necessary technology to take these steps from home on her own.

County elections officials tried to find staff they could send to the voter’s home to assist her on Election Day but expressed their deep apologies that they lacked adequate staffing. As an alternative, they developed a detailed plan for ensuring that the voter could complete all necessary steps, from completing her voter registration to marking and submitting her ballot selections, with real-time phone assistance from an elections official—if DRC could find someone to help the voter in person. Thanks to the assistance of DRC’s community partners, one of whom also is an awardee (see below), this plan was successful. Without the commitment, flexibility, and creative thinking of these officials in the Orange County elections office, this voter would not have been able to vote in her new county of residence.

Phil Verbera, Manager of Community and Voter Outreach at the Los Angeles County Registrar-Recorder & County Clerk’s Office, for his continued efforts, year after year, to provide exceptional and highly responsive service to voters with disabilities in LA County.

Over the years, Phil and his outreach team have implemented different “outside the box” strategies to ensure people are able to vote successfully, sometimes despite obstacles caused by the county’s density, congestion, and geography. Most recently, during the November 2022 election, Phil went “above and beyond” to help several voters who had contacted DRC’s Voting Hotline.

Phil helped one voter resolve a significant and unusual error affecting her voter registration—and thus her ability to vote—in the final hours of Election Day; without his help, we would not have been able to achieve a positive result for this voter. Phil helped another voter by having a ballot delivered to him at the hospital when he was unexpectedly hospitalized the day before Election Day and unable to make alternative arrangements for voting without the assistance of one of his friends.

A third example of Phil’s assistance during the most recent election was the reassurance he provided to a voter who was unable to leave home due to his disabilities and worried that he would lose his opportunity to vote because he could not locate his vote-by-mail ballot when he searched for it on the day before Election Day. Though Phil was prepared to arrange for ballot delivery to this voter’s home, he discovered from a search of the county election records that the voter had mailed back his marked ballot weeks earlier and simply forgotten, which he said is not uncommon among elderly voters. Phil called the voter to explain the situation with the appropriate level of sensitivity and understanding, such that the voter later told DRC that he felt amused rather than embarrassed by what had happened.

Phil always demonstrates willingness to find solutions, even in the face of complicated situations, treating the vote of each person as valuable while working in an elections office that serves over 21% of California’s voters. For that reason, we are especially pleased to include Phil among the inaugural recipients of these awards.

Charles Evans, Supervising Attorney at Asian Americans Advancing Justice Southern California, for responding to DRC’s call for help, in the late afternoon of Election Day, on behalf of the Orange County voter described above.

After hearing the Orange County elections office’s proposed plan for helping that voter complete her voter registration and vote in the final hours of Election Day, we reached out to some of our community partners to see if any of them had staff or volunteers in the voter’s area who could assist. Charles responded quickly, recruited one of his volunteers to help (another awardee—see below), and stayed in close communication with both us and his volunteer to implement the time-sensitive plan, which required careful coordination and attention to detail in order to complete all necessary steps. In addition, Charles himself stepped up to help complete the voter registration process online, using his own computer remotely, when his volunteer encountered obstacles completing the registration process on her own device. Charles’s quick response and excellent collaboration were key to the successful outcome in this case, and they are a perfect demonstration of the nonpartisan commitment to supporting voters that DRC shares with its community partners.

Claire Foster, student at the University of California, Irvine School of Law (UCI Law) and volunteer with Asian Americans Advancing Justice Southern California, for doing the in-person work to ensure the Orange County voter described above was able to complete her voter registration and cast her vote on Election Day.

We thank and applaud Claire for her election-related volunteerism generally and for saying “yes” when asked by Charles Evans on the early evening of Election Day (see above) if she could assist with this more-complicated-than-usual situation. Claire jumped in while some of the details of the plan were still being finalized, navigating rush-hour traffic to pick up the necessary election materials from a nearby vote center and then go to the voter’s home. She demonstrated flexibility and persistence in the face of numerous obstacles, and she managed to get back to the vote center to submit the voter’s ballot selections just before the vote center closed. Charles said later that, while he had volunteers lined up to provide help directly to voters, this situation was the “most extreme” one he saw during the November 2022 election in terms of the extent of assistance one of his volunteers was called on to provide; as such, he wholeheartedly agreed with us that Claire deserved this special recognition. 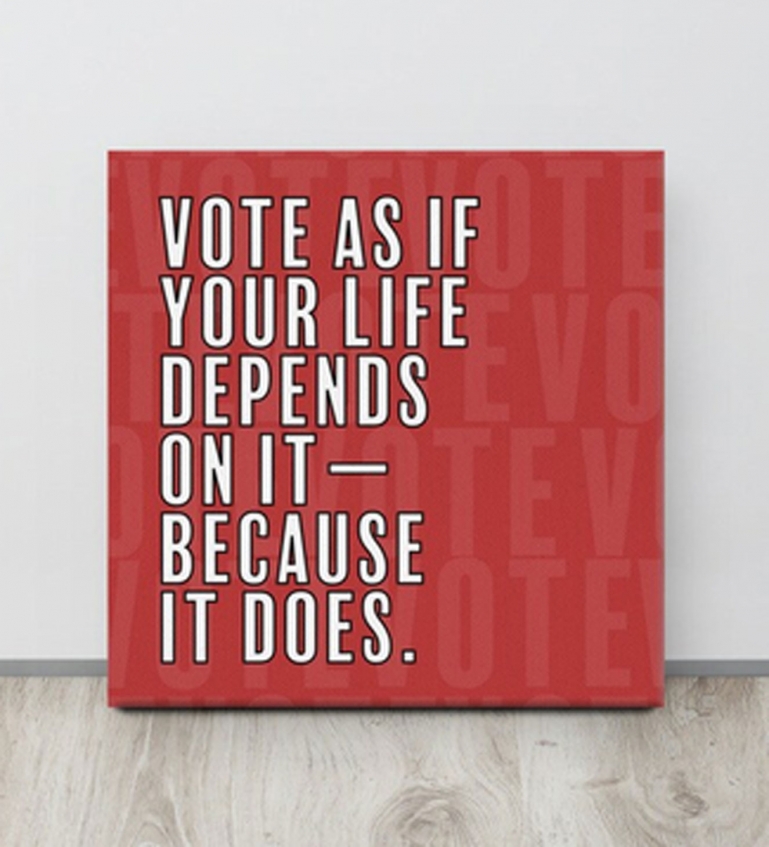 Each honoree was presented with a certificate and a voting-related piece of artwork made by an artist within the disability community.

Jody Yarborough, whose artwork was selected by DRC to be given to the inaugural awardees, is an artist, writer, and graphic designer based in the San Francisco Bay Area. Jody’s company, Love Disabled Life, is committed to challenging the stigma of disability. As a disability advocate, and a lifelong member of Little People of America, the national support organization for people with dwarfism, Jody believes that celebrating diversity and sharing what makes us different makes the world a better place. “I was born with a rare neuromuscular condition called Congenital Trilaminar Myopathy. This one-of-a-kind condition caused me to develop severe scoliosis and other orthopedic problems that required surgeries when I was growing up. I’ve always been short for my age, and as an adult, I am 4’ tall. I do not define disability as limiting, or inspirational, or something to be ‘overcome.’ Instead, I challenge cultural stereotypes about disability as being ‘less than,’ ‘tragic,’ ‘broken,’ or ‘abnormal.’”1 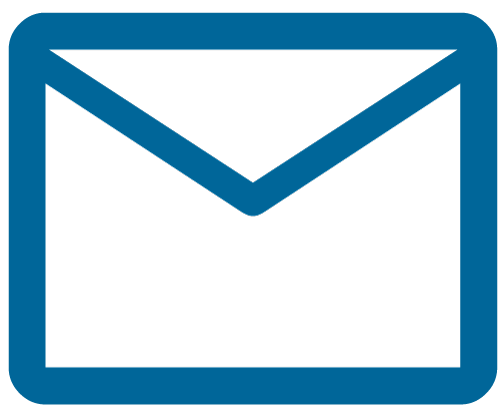 Never miss a story from DRC!

Sign up for our free monthly newsletter and have stories like this delivered right to your inbox.