DRC’s Public Policy Director Eric Harris attended a gathering to celebrate the 32nd anniversary of the signing of the Americans with Disabilities Act (ADA) at Vice President Kamala Harris’s residence in August. The gathering brought 70 people from the disability space together to reflect on progress that’s been made since the ADA’s signing.

“It really meant a lot to get invited to that and to be around other like minded heroes and colleagues of mine who I've known for a really long time,” Harris said. 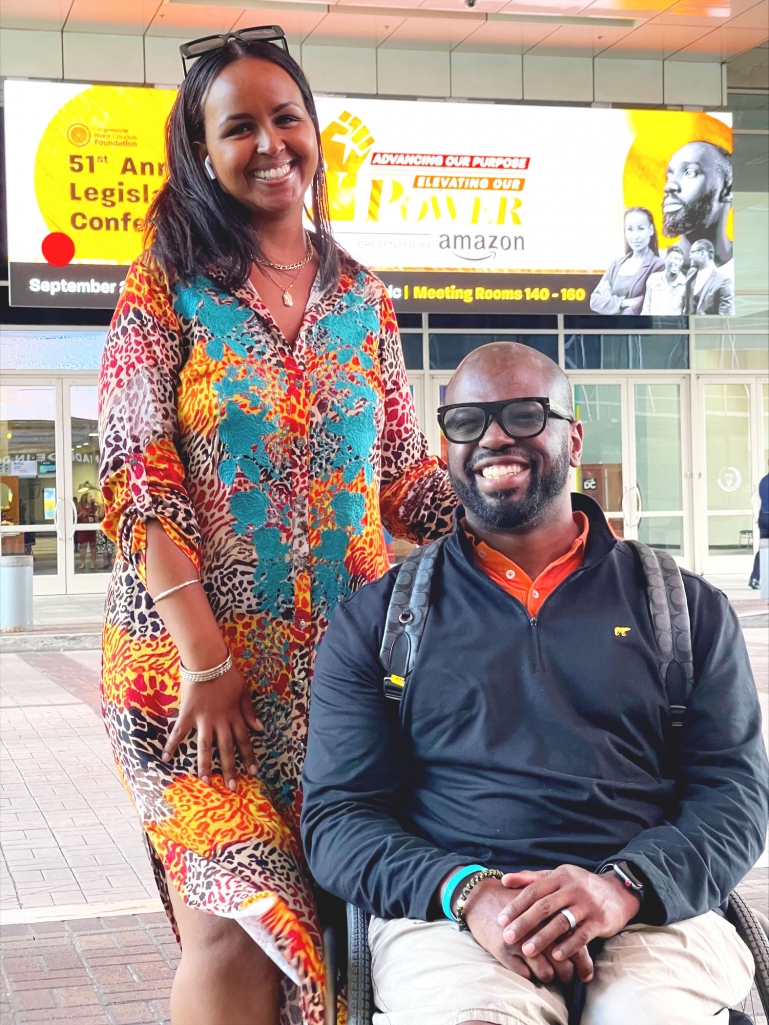 Harris reflected on the significance of being invited to the Vice President’s residence for an event honoring disability rights alongside individuals like Senator Tom Harkin, one of the original authors of the ADA, and Harris’s longtime friend, two-time Paralympic gold medalist Matt Scott.

“It was not lost on us [Harris and Scott] that two Black men with disabilities are now at a residence where a Black woman is the vice president,” Harris said.

Harris said he felt a similar sense of reflection when he and DRC Executive Director Andy Imparato attended the ADA anniversary celebration at the White House in September.

“Looking at the White House Rose Garden with all of the folks with disabilities who were there, who've been doing this work our entire lives, that was a really cool moment for me because we had fought over the years to be in these spaces and to be acknowledged,” Harris said.

The day was significant for Harris for a number of reasons, including that it was the second time he had been to the White House. The first time was as a young child visiting his father who worked for the Clinton administration. 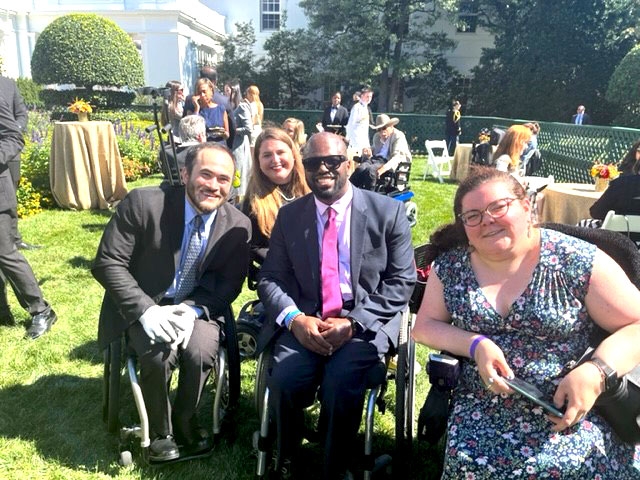 “There were times where my brother, my mom and I would get to go out to Washington, DC to meet with all different types of people,” Harris said.

Both ADA celebrations reflected on the ways in which the ADA has improved things for individuals with disabilities, as well as how far there still is to go to address intersectional issues like the cross-section of disability and race.

The conference explored policy and critical issues from a Black perspective through workshops and discussions on topics like mental health, healthcare, and education.

“It was really an incredible experience just to be in the room, just to be a part of this conference with members of Congress, key staffers, and leaders from all over the United States that are working on these issues,” Seyoum said.

One powerful experience for Seyoum happened while she was attending a discussion on the Commission on the Social Status of Black Men and Boys. During the discussion, Seyoum received news that Assembly Bill 2598 (Weber), which she had worked on, was signed into state law.

The irony of the bill, which helps public schools move away from punishments like suspensions and expulsions, which disproportionately affect Black students—specifically males and students with disabilities— was not lost on Seyoum.

“Honestly, the discussion was so deep and emotional that it took me a minute before I could celebrate today’s victory,” Seyoum said. “As I reflect on the heavy and much needed discussion, I celebrate the progress we made today in California.”

Both Seyoum and Harris are optimistic about the connections they worked to build during the D.C. events. They hope that connecting with leaders and other organizations across the nation will help elevate DRC’s visibility, as well as provides opportunities to learn and grow. 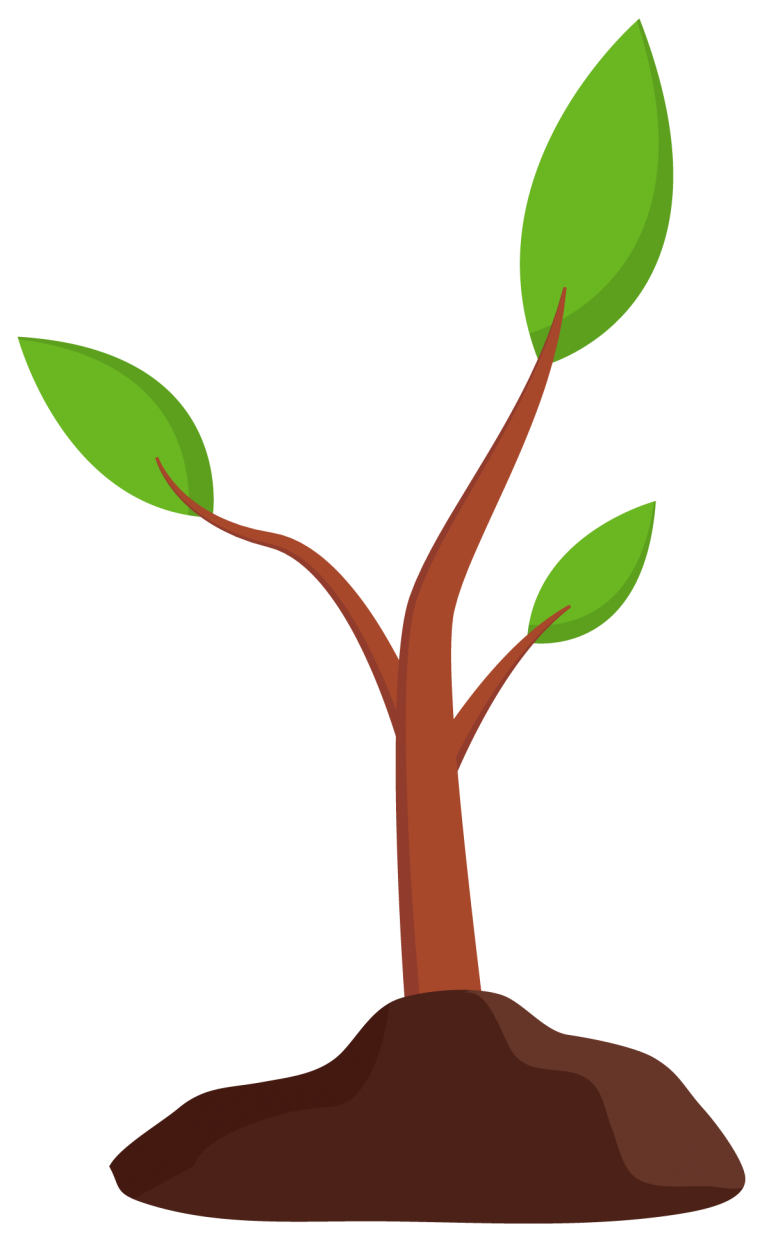 “What I'm really excited about is connecting with many of the leaders of the various organizations throughout the United States where we can partner,” Seyoum said. “I think there's strength in numbers and we can learn and build each other up.”

Harris said he was hopeful that DRC’s presence at national events can lead to uplifting more members of the disability community in the future.

“When you're at the White House and people are talking about the work that your team in California is doing,” Harris said. “I think that's a really good sign.”

Never miss a story from DRC! Sign up for our free monthly newsletter and have stories like this delivered right to your inbox. Sign up here.