On behalf of the hundreds of people incarcerated in Santa Barbara County Jail, Disability Rights California, the Law Office of Aaron J. Fischer, Prison Law Office, and King & Spalding LLP reached a settlement with Santa Barbara County and the Santa Barbara Sheriff’s Office in a class-action lawsuit that addressed the dangerous and unconstitutional conditions at the jail.

The Murray v. County of Santa Barbara lawsuit alleged that conditions at the jail did not meet minimum standards under the United States Constitution and federal law. The lawsuit asserted that Santa Barbara County and the Sheriff’s Office failed to provide adequate mental health and medical care, overused and misused solitary confinement, discriminated against people with disabilities, and allowed for unsanitary and unsafe living conditions for people incarcerated at the jail.

The lead plaintiff in the lawsuit, Clay Murray, is a U.S. Army veteran with post-traumatic stress disorder who uses a wheelchair. While in custody at Santa Barbara County Jail, he received no meaningful treatment to help him with his mental health condition. He was confined in a housing unit that was inaccessible to people with physical disabilities. Activities as basic as taking a shower or using the toilet put him at risk of injury every day, and due to overcrowding and the lack of accessible beds, he was forced to sleep on the floor many nights.

We have been significantly engaged on the jail’s COVID-19 response and the enormous risks posed to our clients. We also saw a long-overdue discussion about institutional racism and mass incarceration, both of which disproportionately harm people—especially people of color—with mental health needs and other disabilities.

The settlement in Murray v. County of Santa Barbara resulted from months of negotiations guided by the input of people incarcerated at the jail, local advocates, stakeholders, and detailed reports from five nationally recognized experts.

From this settlement, the community should expect significant improvements in conditions at the Santa Barbara County Jail. Under the settlement agreement, the Plaintiffs’ class counsel and designated court-appointed experts will monitor the implementation of the remedial measures over the next several years. 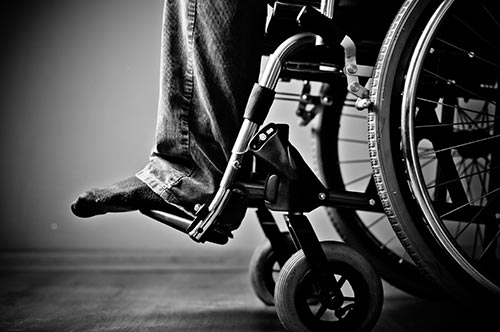